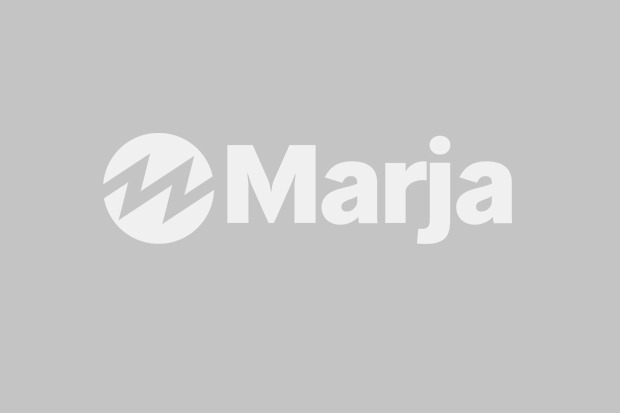 In our view, Azerbaijan's institutional arrangements are weak and the

economy continues to adjust to the weaker external environment, with

At the same time, the government's fiscal position remains strong,

underpinned by substantial foreign-invested savings in the sovereign

We are affirming our 'BB+/B' ratings on Azerbaijan.

The negative outlook reflects the risks of the country's external and

growth performance being weaker than in our baseline forecast over the

next 6-12 months. It also reflects the potential for risks in the

country's banking system to rise or for the government's fiscal

flexibility to be reduced, for instance because restraining expenditure

foreign- and local-currency sovereign credit ratings on the Republic of

Our ratings on Azerbaijan are primarily supported by the sovereign's strong

fiscal position, underpinned by the large foreign assets accumulated in the

sovereign wealth fund SOFAZ. The ratings are constrained by the weak

institutional effectiveness, narrow and concentrated economic base, and

We view Azerbaijan's institutional arrangements as weak, characterized by

future policy responses difficult to predict. Following a referendum in

September 2016, Azerbaijan's constitution has been amended, which paves the

way for further centralization of power around the president's administration.

In our view, at a time of lower and more volatile oil prices, the economic

outlook for heavily commodity-dependent Azerbaijan will to a significant

degree depend on the authorities' reform agenda, including efforts to improve

the business environment and ultimately diversify the economy away from

commodities. We currently anticipate relatively slow progress on the

Meanwhile, over the second half of 2016, the economy has continued to adjust

to a weaker external environment. The local currency of Azerbaijan, the manat,

already weakened substantially in 2015 when the Central Bank of Azerbaijan

(CBA) undertook two devaluations, in February and December. Even so, balance

of payments pressures have remained high.

in 2016, above our previous projected deficit of only 0.5%. The CBA foreign

downward trend while the currency has depreciated further. Specifically, we

Against that background, SOFAZ, the government-owned sovereign wealth fund,

has remained the main supplier of foreign exchange for the domestic economy.

SOFAZ has continued to exchange foreign assets into manat and transferred

these local currency proceeds to the government, which has utilized only part

of them, implying a significant reduction in spending against the initially

budgeted levels. We believe the lower government spending has been primarily

due to balance of payments rather than fiscal concerns, with the authorities

To stabilize the foreign exchange market, the government is considering making

year. The maximum size of the expected transfer is set at 7.5 billion manat

(about $4 billion at current exchange rates). In our view, the actual transfer

remains cautious about using SOFAZ for monetary purposes, given how fast the

CBA reserves have declined historically. We also believe that SOFAZ will

as a one-off development.

Our forecast anticipates a gradual reduction in balance of payments pressures.

The adjustment of the exchange rate, which has continued to weaken through

the beginning of 2017. A weaker manat should act as a break on imports,

leading to an improvement in the current account position.

The deposit/savings dollarization reaching its peak and reducing

a stock basis, and we expect the country's liquid external assets to exceed

external debt over the foreseeable future. However, if the improvements in

external flows do not materialize, that could still put pressure on the

We also remain concerned about the stability of Azerbaijan's financial system.

In our view, the banking sector generally remains weak and vulnerable to

underestimate, with the actual amount of toxic assets being considerably

higher. Potential further manat depreciation could generate challenges for the

banks, given the high proportion of foreign currency loans to residents with

Last year, the government undertook a substantial cleanup of the assets of

International Bank of Azerbaijan (IBA), which is a state-owned institution

with the biggest domestic market share by assets (around 40%). We understand

close to 80%. The government has subsequently transferred IBA's bad assets at

by the central bank. The amount of transferred assets totalled 10 billion

We understand that the government provided a sovereign guarantee on

Aqrarkredit's related borrowing from the CBA, equivalent to 25% of 2016 GDP.

Correspondingly, we have included this asset-resolution vehicle's debt to the

central bank in our general government debt statistics, in line with our

treatment of similar transactions in other countries (see Ireland's NAMA,

Slovenia's BAMC, and Nigeria's AMCON). We see risks of the government needing

to contribute further resources to IBA, given that most of its assets are now

in manat while a sizable portion of its liabilities are in foreign currency.

Nevertheless, we still view Azerbaijan's fiscal position as strong and a key

support for the ratings. The government remains in a substantial net asset

changing over the next few years. Moreover, we believe Azerbaijan has a high

overall expenditure envelope (estimated at about 40% of total government

spending in 2014-2015) and the government's ability to quickly reduce

expenditures when needed. Downside risks remain if that flexibility is

We anticipate that the consolidated general government budget will post a

deficit of 4% of GDP this year, mostly reflecting SOFAZ's transfer to the CBA.

However, we expect general government debt to increase by a larger 10% of GDP,

Aqrarkredit. The budget would gradually move into surplus thereafter,

onward, supported by the new gas exports from the Shah Deniz II project.

Beyond the project's fiscal and balance of payments impact, we believe it

would support broader economic growth and employment through growing

investments over the next few years and a subsequent rise in exports. We note

that economic performance in Azerbaijan was particularly weak last year, with

output contracting by an estimated 4%, which is larger than we had forecast.

Our ratings on Azerbaijan remain constrained by the limited effectiveness of

its monetary policy. We believe that the increased flexibility of the manat

At the same time, we believe that, apart from setting the country's foreign

exchange regime and undertaking interventions, the CBA's ability to influence

economic developments remains considerably constrained. We estimate that the

resident deposit dollarization remains at close to 75%, which in our view

underdeveloped, in our view.

months. It also reflects the potential for risks in the country's banking

system to rise or for the government's fiscal flexibility to be reduced, for

We could lower the ratings if:

Balance of payments pressures do not recede as in our baseline forecast,

leading, for example, to a further decline in central bank and/or

Economic prospects weaken more than we currently expect, for instance as a

result of a larger than anticipated contraction in domestic consumption

The government's fiscal flexibility is reduced, for instance because

while the country's growth prospects and domestic banking system stability 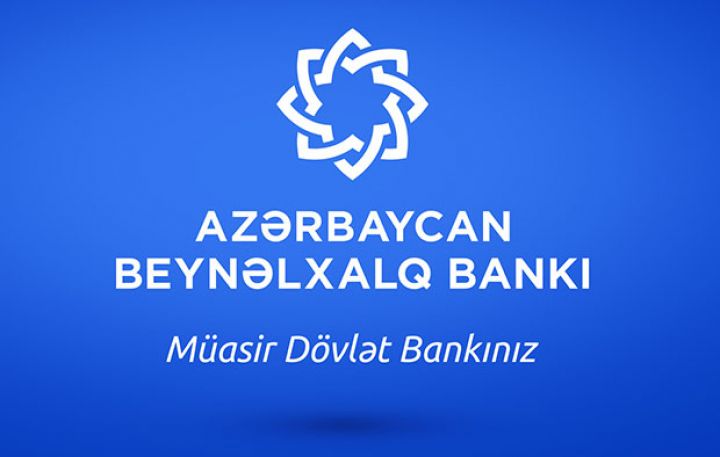 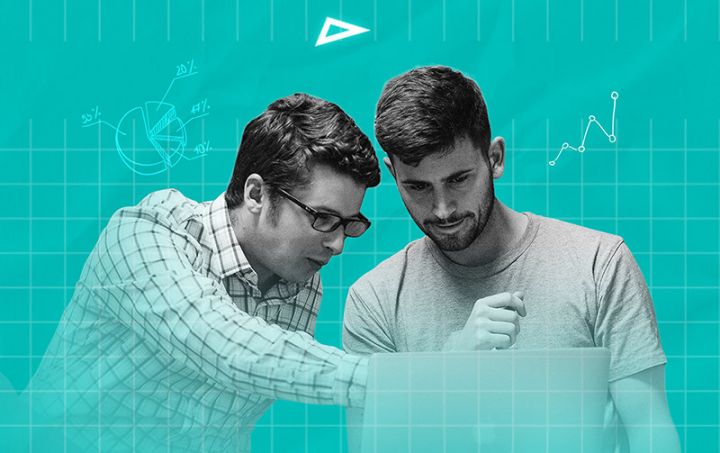 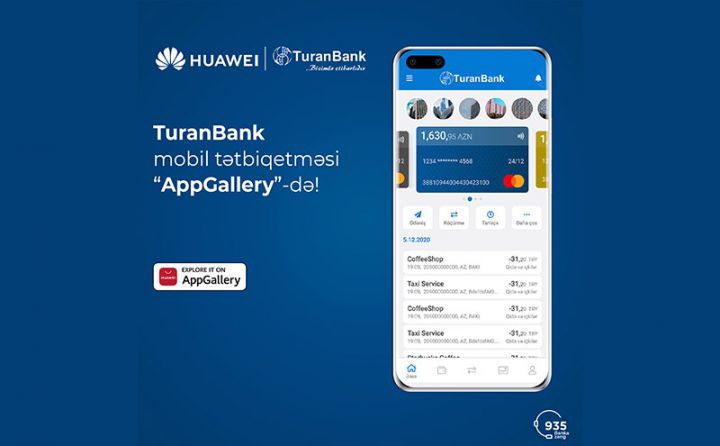 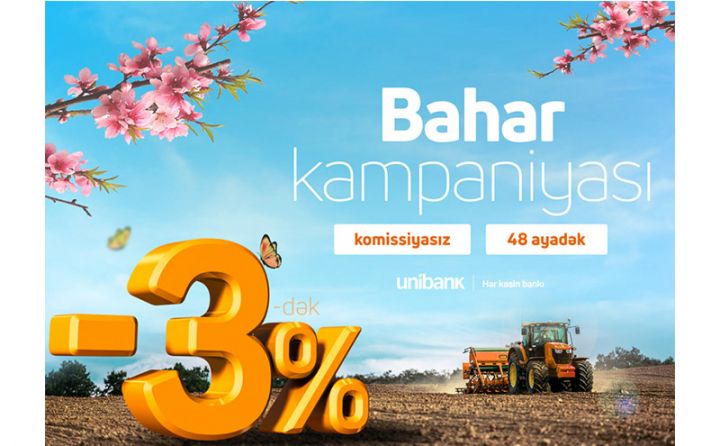 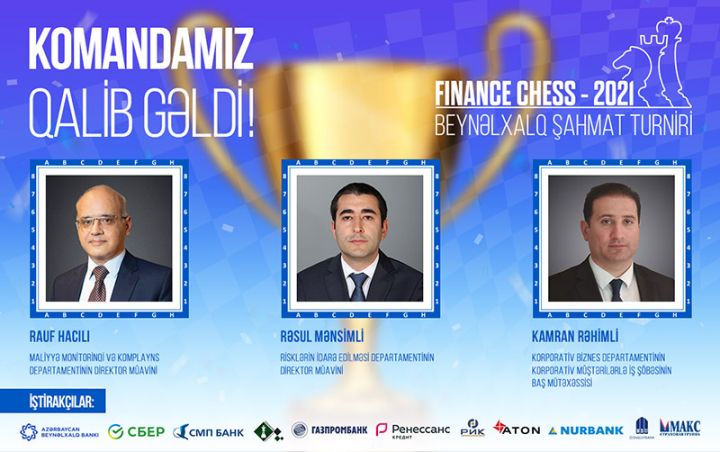 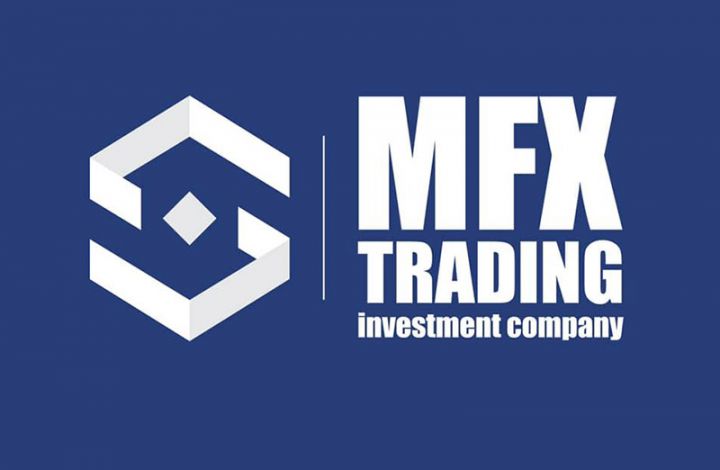 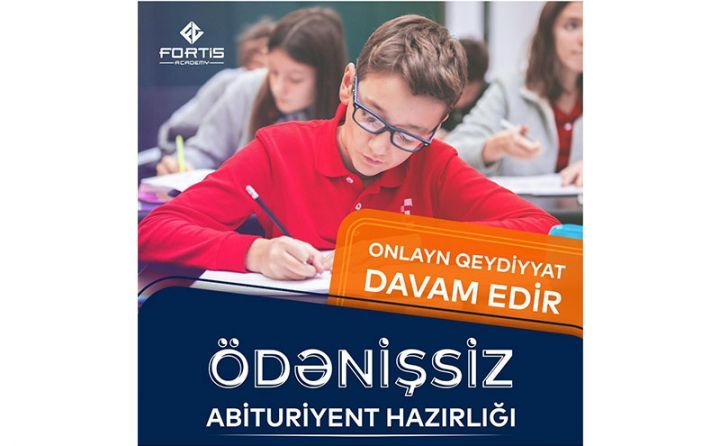 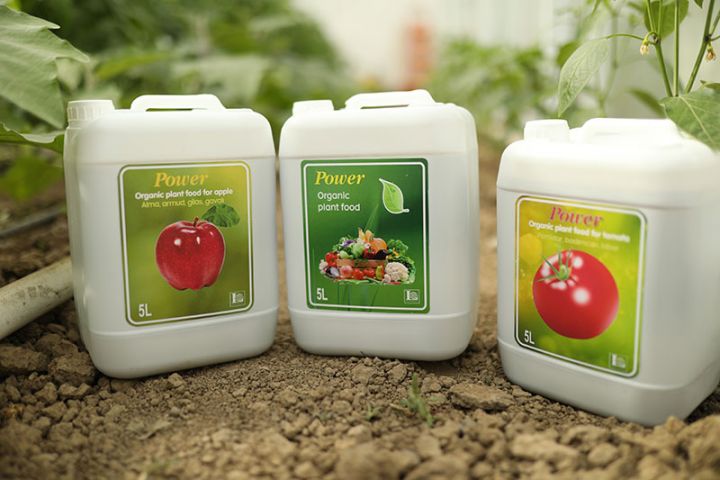 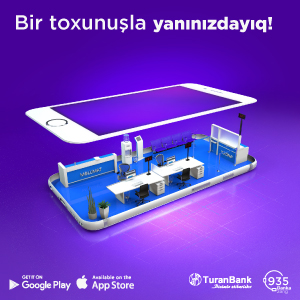 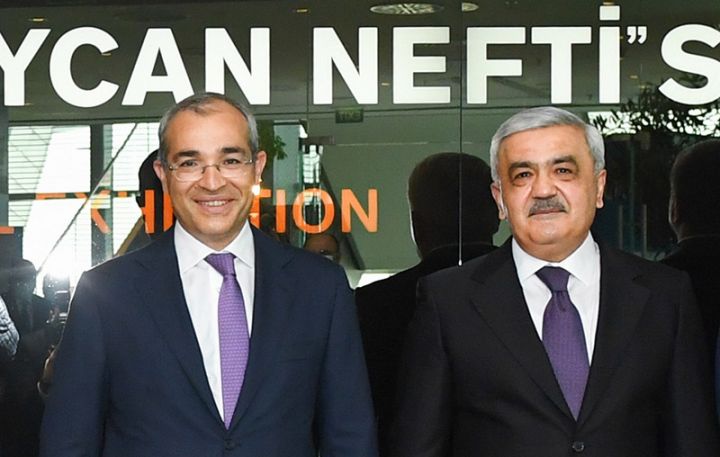 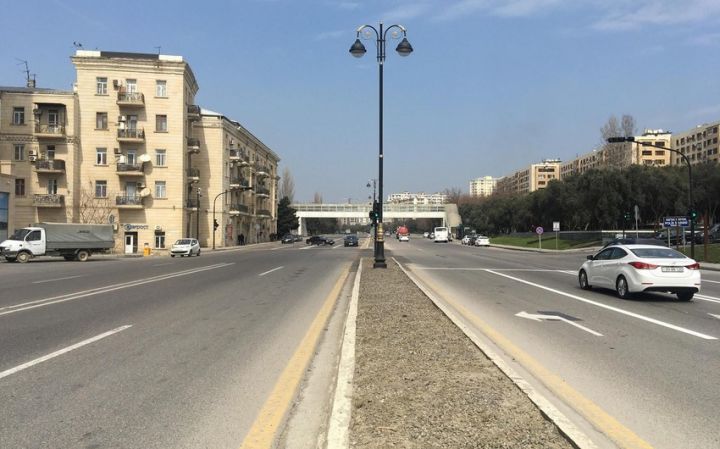 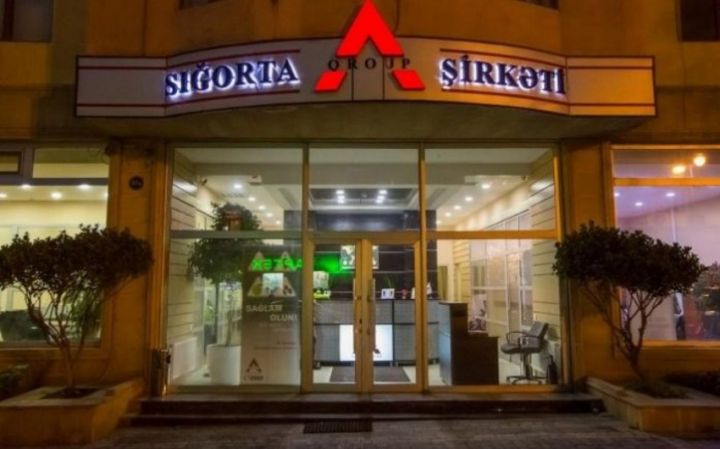 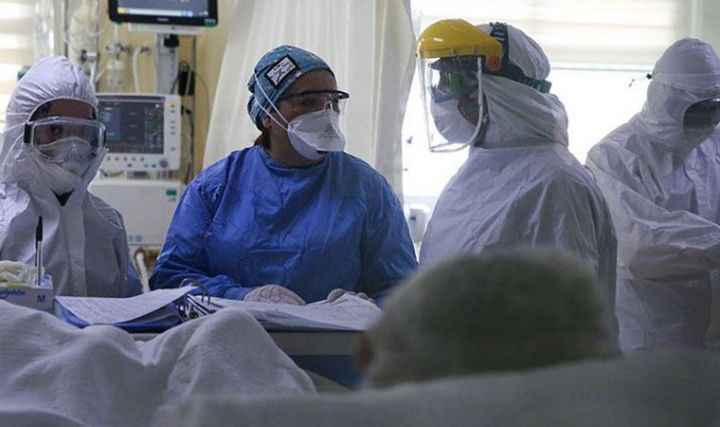 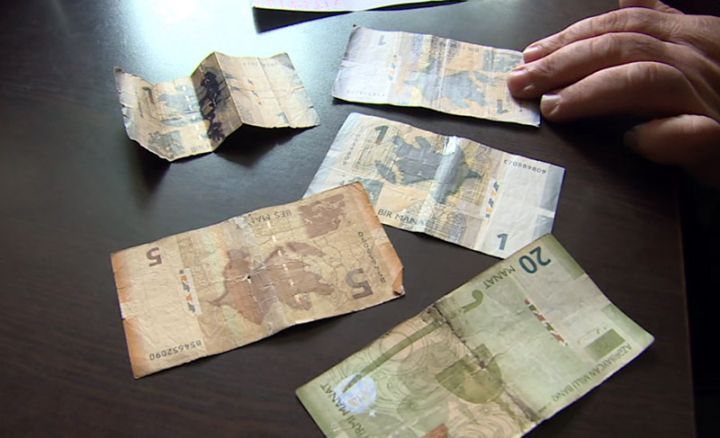 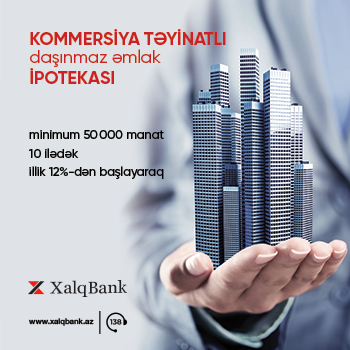 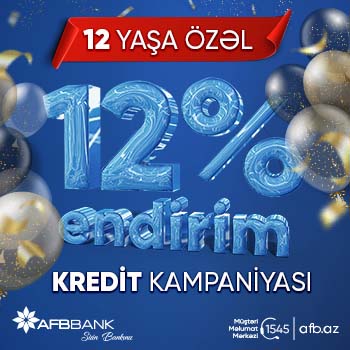 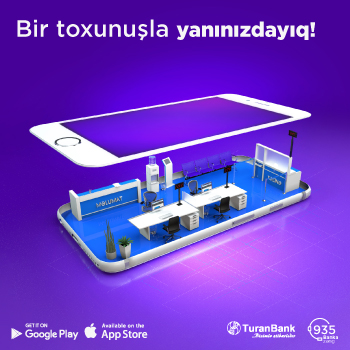